I completely missed out on the 16bit era, choosing to stick with my 8-bit computers until I progressed on to my first PC (An Amstrad 286!). Although I don’t regret the path I chose, I do wonder what effect the Amiga would have had on my life. I always loved to mess around programming little demos and games etc. And the demo scene on the Amiga was second to none!

So one of the first additions to my collection, once I had decided to go full steam ahead, just had to be an Amiga 500. I purchased this one on eBay and it came boxed in the Cartoon Classics pack. It was advertised and sold as an Amiga A500 plus with the badge on the case confirms. However, once I had received the computer I discovered something a bit odd about it. I will cover that in a minute!

I knew from the start I was going to want an easy way of playing games and demos on this thing. So I first purchased a Gotek floppy drive emulator which I flashed with the FlashFloppy firmware and hooked up an OLED screen along with the speaker so it could vaguely emulate the original floppy sounds. This was great for launching ADF disk images but I still wanted more. What I really wanted was to be able to run WHDLoad and load Amiga games from an HDD or Compact Flash card.

This is when I stumbled across the ACA500Plus made by individual computers see here for more information. This claimed that it would give me a faster processor, more RAM, expand the chip RAM to 1MB, Give me two compact flash card slots and a fully licenced install of workbench. This sounded like a dream come true. Spoiler alert, it was! but with one minor issue (not the fault of the ACA500plus in any way).

My ACA500plus arrived and I slotted it into the expansion bay on the side of the Amiga. I have never used an Amiga before, but the installation of workbench is automatically done on the device so that helped a lot. After hours of messing around, I installed WHDLoad onto the CF card and went to launch my first game.

Error!! Not enough chip ram. You need 1mb of chipram to run this game.

But I do! the ACA500plus specifically says it expands the chipram to 1mb. I speak to Jens and individual computers and he asks me to check the Fat Agnus chip in my Amiga. I open it up, strip it down and there sits a Revision 5 Amiga 500 board (not the plus!). This I found to be a very weird situation. I would love to know why someone would go to the effort of stripping down an Amiga 500plus and putting a standard 500 board in it? I guess maybe it was faulty and they didn’t know the difference or something. Anyway, I contacted the seller on eBay who seemed very honest and said she didn’t know anything about them and offered a partial refund. So I ended up paying £90 for the boxed Amiga which I was happy with. Once more eBay shopping trip later and a Fatter Agnus chip was on its way to me which would allow my ACA500plus to give me the 1MB of chip ram I needed.

So now it is all working exactly as I wanted it to. I built myself a custom case to house my accelerator card using my mini CNC and 3D printer. Then I purchased an original Zipstick, a better mouse and a sound sampler (because I have always wanted to have a mess around with trackers!)

So apart from playing games on the Amiga I have been going through the demo scene side of things and seeing the impressive things that people managed to get out of this hardware. MOD files were a big part of the Amigas history (they are music files made by using sampled instrument sounds). I am no stranger to mod files (my Sam Coupé computer could play them perfectly with the addition of an 8bit DAC board), but going through the various demos I stumbled across a guy called H0ffman. I would say his MOD files are amongst the best ever made. If you have not heard his music before then I recommend taking a look, but specifically you have just got to check out PROFESSIONAL TRACKER by H0ffman and Day Tripper. How the hell did they get an Amiga 500 to do that!!! Amazing! For the youngsters out there you have to remember this is before the days of the MP3 file.

The Amiga hardware was truly a brilliant piece of kit and is a regularly used computer in my collection. Maybe one day I will look at programming it and seeing what it’s like. As mentioned before, creating my own MOD file is also something I am looking to achieve within my lifetime.

I have since purchased a second Amiga 500, again fully boxed with all it’s manuals. This second one had serious yellowing but I have restored it now using the retr0brighting technique. This one contains a Rev 6 board so already has the fatter agnus chip installed. At least I have one as a spare now in case I have any issues in the future 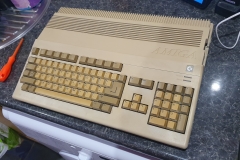 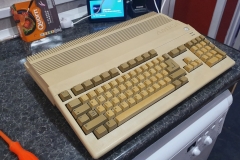 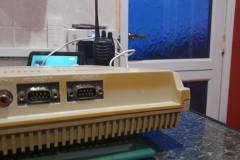 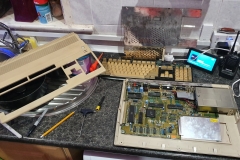 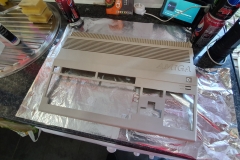 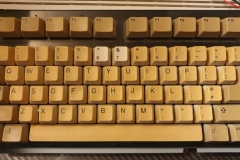 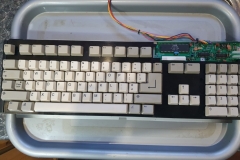 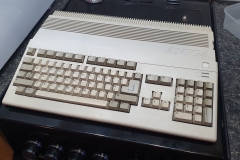 What are your fondest memories of the Amiga, let me know in the comments below 🙂