So here we have the Sam coupé. This was really where it all started for me. Sure my first home computer was the ZX Spectrum but that was a hand me down from my brother after he got himself a Sam.

Seeing what the Sam was capable of back then made me want more than the Spectrum could offer me. Eventually, after a lot of begging and annoying my brother by sneaking into his room and playing on his Sam when he wasn’t there, I received a brown cardboard box from West Coast Computers which contained my very own brand new computer.

The Sam is an 8-bit computer based on the Z80 microprocessor but clocked faster than the one is the Speccy running at a staggering 6Mhz!! The computer was put into production in 1989 and built by Miles Gordon Technology (MGT) who were based in Swansea, Wales, UK.

Quite often people refer to the Sam as a Spectrum clone. But it wasn’t a clone, it was the next evolution of the Spectrum. The faster processor, 256k of memory upgradable to 512k internally and even more via an external expansion, an option for one or two internal floppy drives, a Phillips SAA1099 8 channel sound chip and graphics modes capable of 16 on-screen colours from a palette of 128.

These features added up to something very special and allowed for some great looking games to be released with the obvious ones being Prince of Persia and Lemmings both written by the talented Chris White. 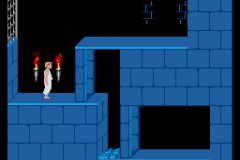 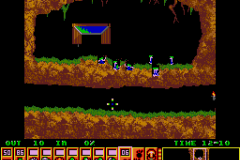 The Sam also had the neat feature of being backwards compatible with the Spectrum and most spectrum games could run on the Sam and also be loaded from floppy disk saving a lot of time! So this meant I didn’t have to throw away my tape library. This was a really neat feature that convinced around 12,000 people to switch to the Sam from the Spectrum.

Sadly, the Sam had a relatively short life. Although a brilliant design, it just couldn’t compete with a couple of other lesser-known computers released around the same time, the Atari ST and the Commodore Amiga. Ok, so maybe not lesser-known. The 16bit era had begun in home computing and the Sam was left trailing behind.

Do I regret owning the Sam? Not at all. If anything, being the underdog and the resulting small number of games, sparked off an interest in programming. If you can’t buy games then why not make your own! Back then Z80 assembly language wasn’t anything I could really get my head around (Really wish I had tried harder!). But BASIC was like a second language to me. Luckily some genius put together a nice software suite called Games Master. This was basically a set of libraries for Sam Basic which allowed me to easily control sprites etc without having to touch any assembly.

The result of this was a small game I wrote for the Sam called Duck Hunt (A totally original idea, honest!). After I finished the game I saved it all to a floppy disk and posted it off to FRED Disk magazine. Each month FRED would ship floppy disks filled with chiptunes, MOD Files and Demos that the community had written. A month later the postman arrived with my latest episode of FRED, neatly printed on the list on the front of the disk, Duck Hunt. Oh my god, my game was published!!! So, I didn’t get any money for it or anything but I was overjoyed non the less. 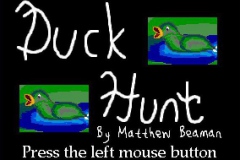 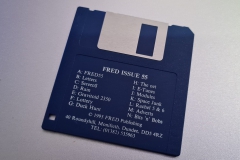 The Sam therefore, will always hold a special place in my heart. I now have three of these in my collection. The original two from mine and my brother’s childhood, then an additional one I purchased. It proudly takes centre stage in my retro collection and is hooked up to a Quazar Trinity interface allowing me to load software direct from SD card. But I still have a selection of disks sat at the ready to listen to those great sounds from the 3.5 inch Citizen floppy drive! 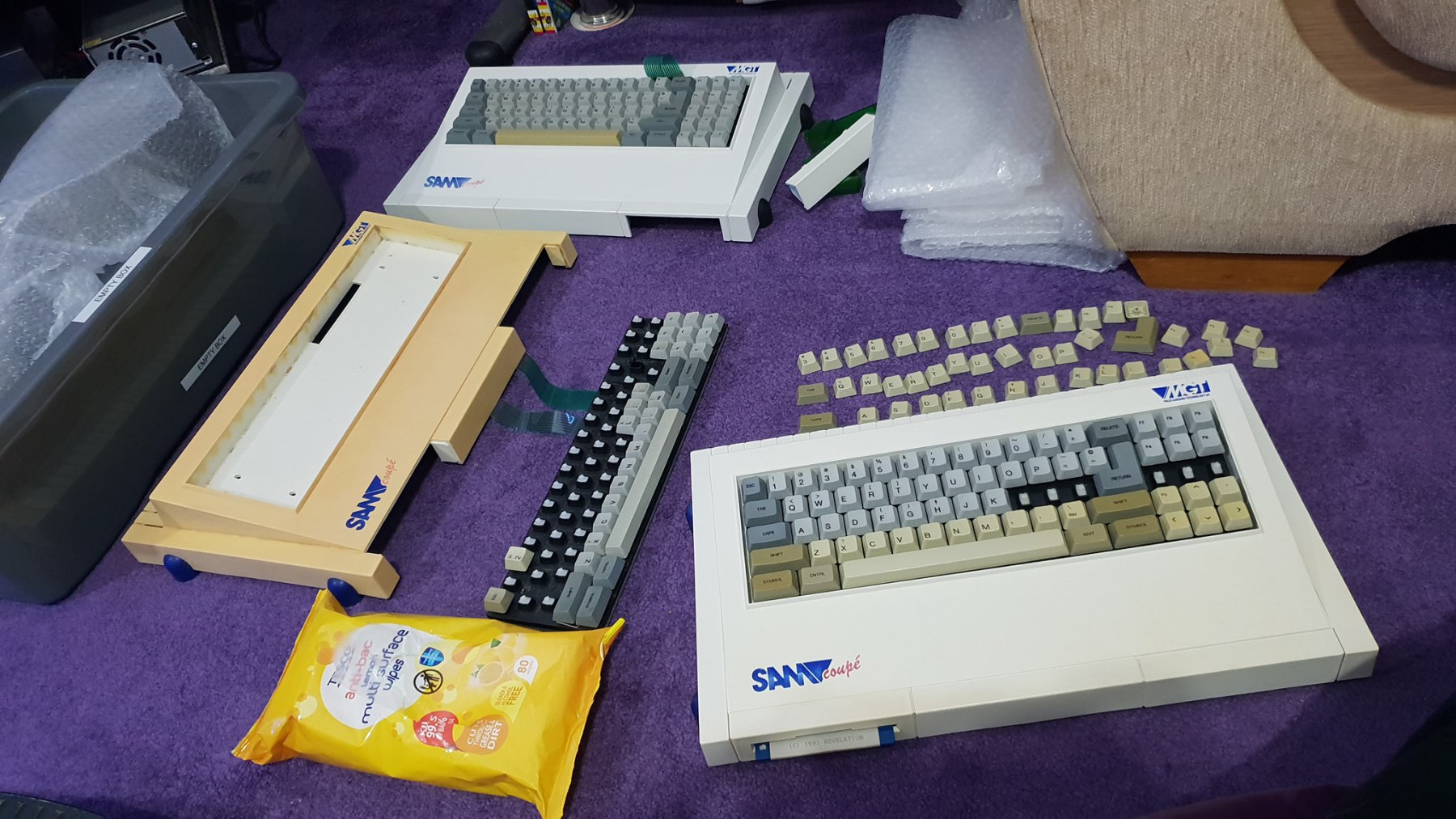 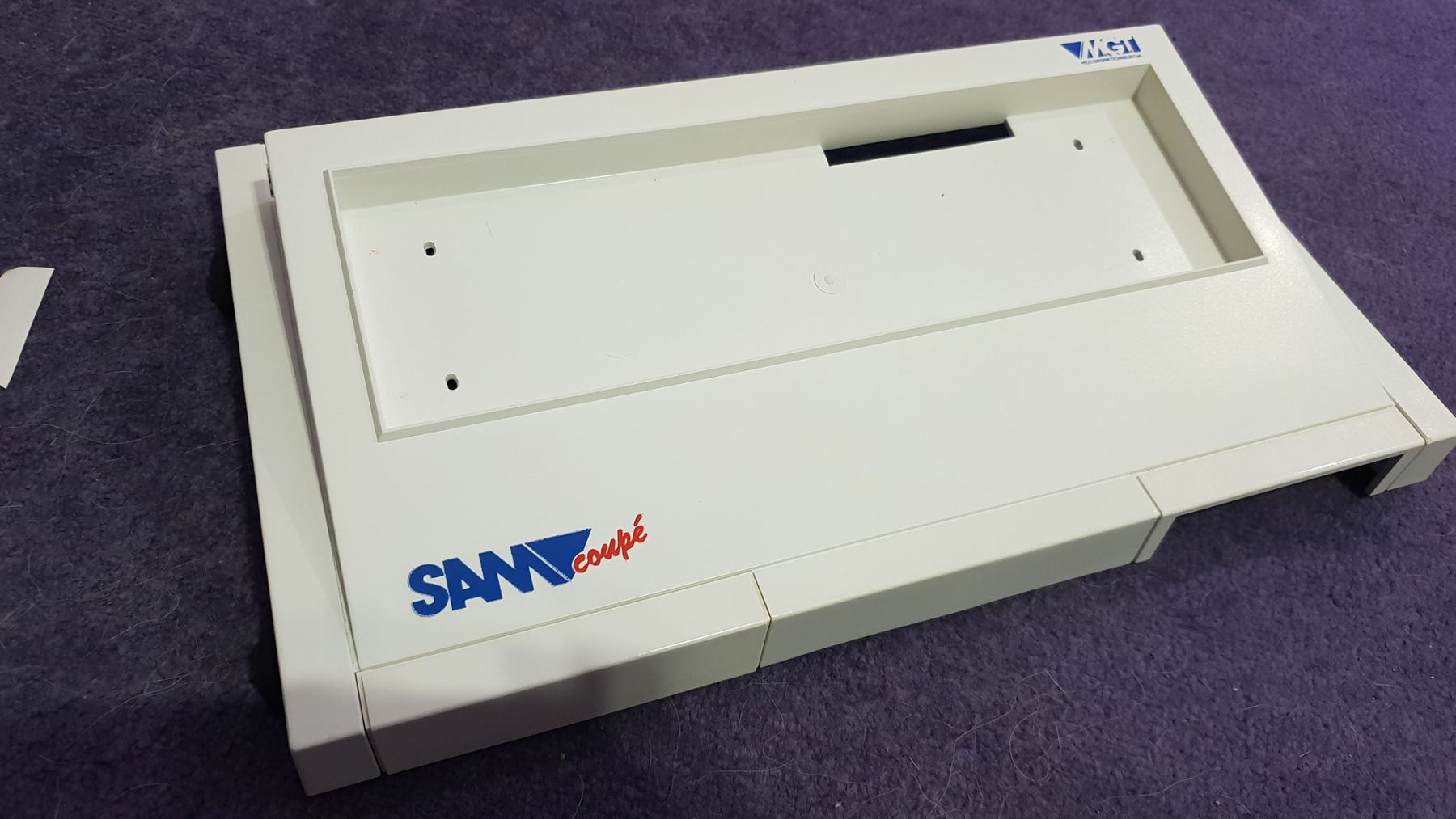 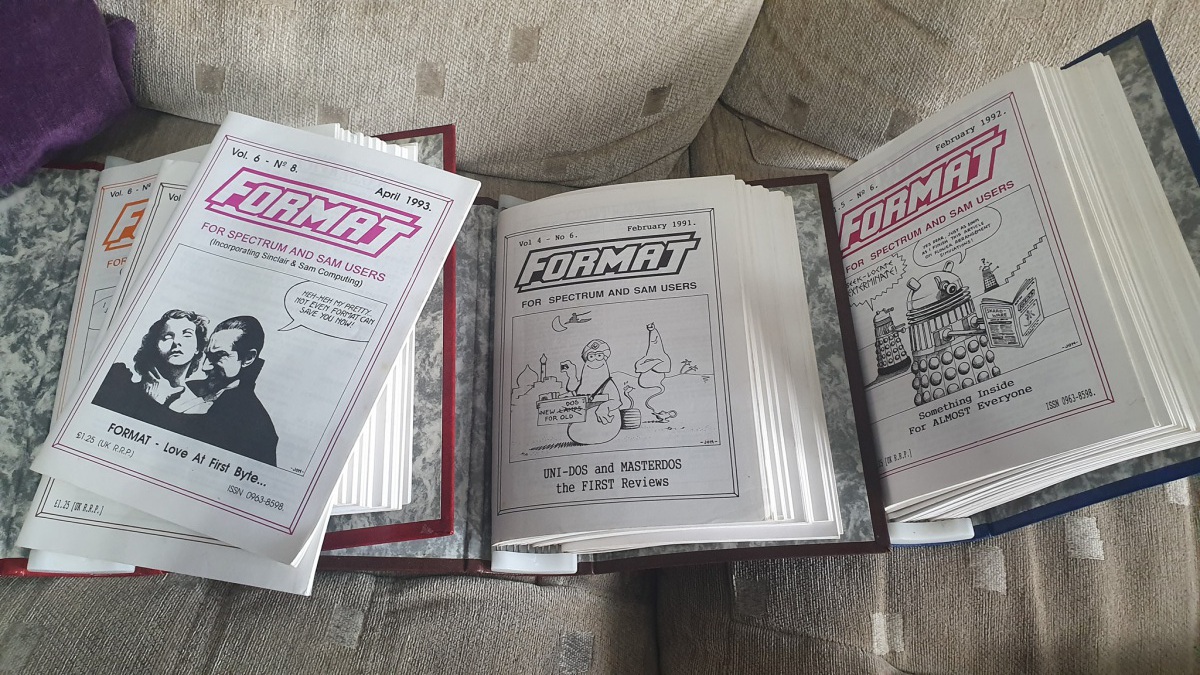 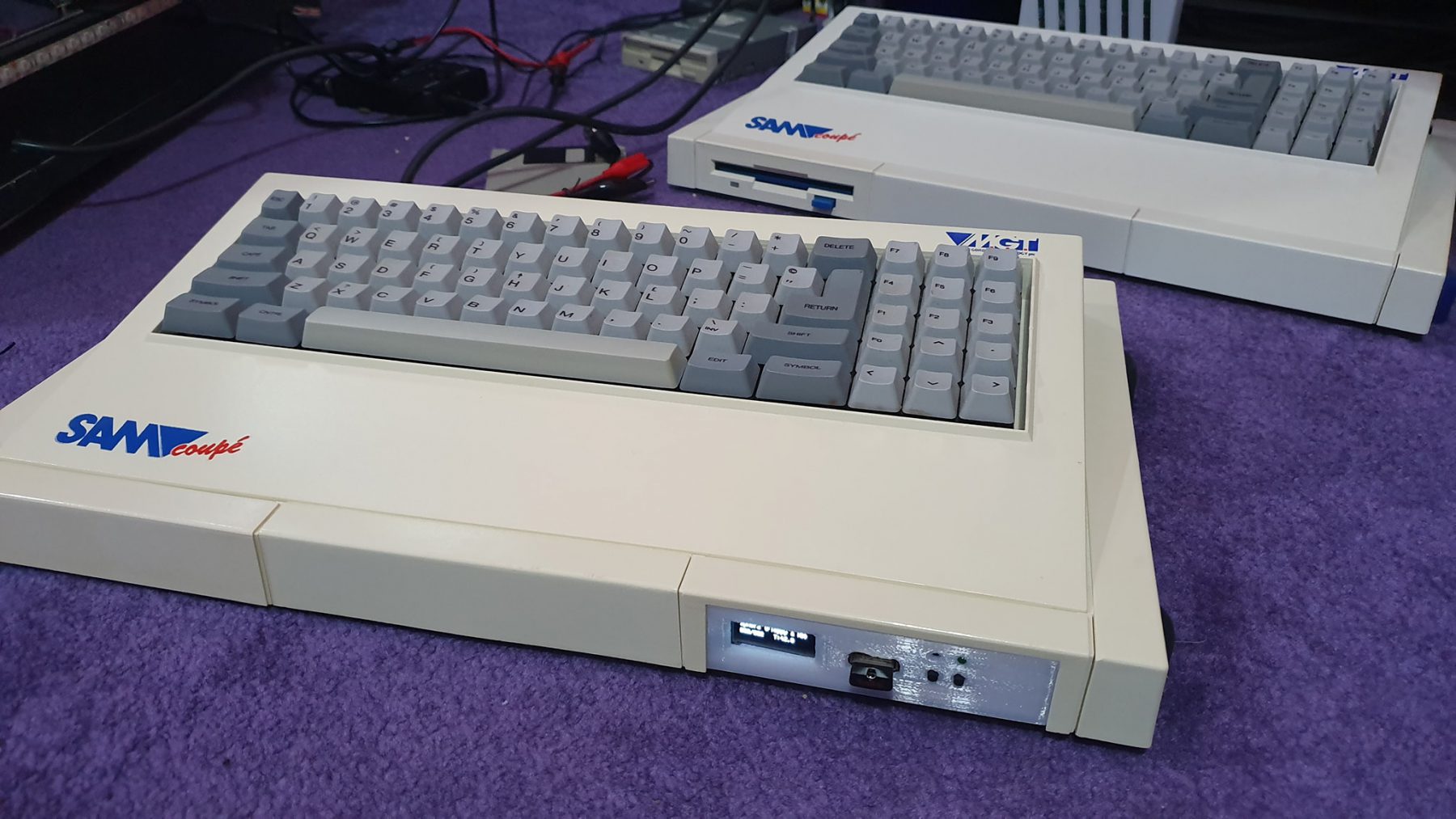