The ZX Spectrum was my first home computer. Starting with the 48k and then later on the 128k +2. So when I heard about a new version of the Spectrum coming via a Kickstarter campaign I just had to get involved.

Upon visiting the Kickstarter page I was greeted with some familiar names such as Jim Bagley and Rick Dickinson. At this point, I just hit the pledge button as these people could be trusted to deliver. At the time I hadn’t really heard of some of the other people involved in the project, but after all the Kickstarter updates I received from them over the years they are now all a part of my life.

The Spectrum Next was designed to be what they thought the next ZX Spectrum would have been like if Sinclair had continued. So, yes it is compatible with the original Spectrum software and hardware, but it’s the new features that make it stand out.

Firstly this isn’t some emulator box running an ARM processor like most of the new retro re-releases. This is an FPGA based hardware re-creation and expansion of the original. And the case design? well, that is where Rick Dickinson (Designer of the original spectrum case) comes into play. My god is it beautiful. This is by far the nicest looking home computer I have ever owned.

The Kickstarter for this project wasn’t without it’s issues. A lot of people grew impatient and the Facebook moaning was spread over the official group. But the majority of us saw what the team was doing and appreciated the hard work and attention to detail that was going into the project. They wanted to make sure the end device was perfect and not just some rushed out piece of rubbish like some other notable Kickstarter campaigns. From my point of view, the team were brilliant and kept in constant communication with its backers throughout the entire process. Not once did I feel like it wouldn’t arrive.

I was sure this project was going to deliver. So my pledge was for one development board and two fully cased computers. The development board turned up first and I fitted this inside a re-created rubber key spectrum case (See here for more details). After a couple of long years, the day came when my completed version arrived on the doorstep. Upon opening the brown cardboard box I was greeted with a stunning retail box. Every part of the unboxing experience was a glorious moment. Everything was just perfect and the nostalgia was strong! Lifting the computer out of its box and seeing the new manual for the first time is a moment I will treasure forever 🙂

I spent the entire day just looking through the included SD card and checking out the various demos and games showing off what the computer was capable of. The strange thing is, rather than continuing my day by loading up old spectrum games, I instead dropped down to BASIC and started experimenting. This is what the Next is about, bedroom coding is back!

My original plan was to finally get my head around Z80 assembly since I never mastered it when I was young. But with the new features of the Next, including the 28Mhz processor and hardware sprites, I found I was actually able to put together little demos written in BASIC that an original Spectrum could only dream of. So I decided to experiment with the new features from the comfort of BASIC before trying anything more advanced.

I am currently working on a remake of the Atari 2600 game, Seaquest. So far it is looking beautiful and the performance is great. Hardware sprites allow you to offload so much work that would normally bring the computer crawling to its knees, and the best thing is they are still adding new features all the time making it better with every release.

I am never going to be able to release a brand new PC game, I don’t have millions of pounds or a development team of 500 staff. My drawing skills are basic at best and my musical skills are non-existent. But a spectrum game with 16×16 pixel sprites? That is entirely doable for anyone willing to spend a weekend reading the in-depth included manual.

I would like to thank everyone who has been involved in bringing the ZX Spectrum Next to life. At a time when it’s so easy for any company to stick an ARM processor in a pretty box and rush it out the door with a few games on, the Next team did it properly and has given the world something truly remarkable.

So where do you get one of these beauties from? Well, that is the difficult part. They are planning on doing a second Kickstarter soon for another batch of computers. But with the world as it is today, there have been delays in getting this sorted. It is definitely going to happen but there may be a little wait.

So your next option is eBay, but with a product this magnificent you can expect to pay a premium. I will admit that I pre-empted this scenario which is why I purchased two Nexts. I was confident that this team would pull this off. So when they both arrived I sold one on eBay which actually paid for my dev board, my boxed next and some profit to buy some games with. I’m sure some people will hate me for that, but I took a chance and helped fund the Kickstarter, because of this more nexts got produced and people who didn’t want to risk the Kickstarter got a chance to own this gorgeous machine. 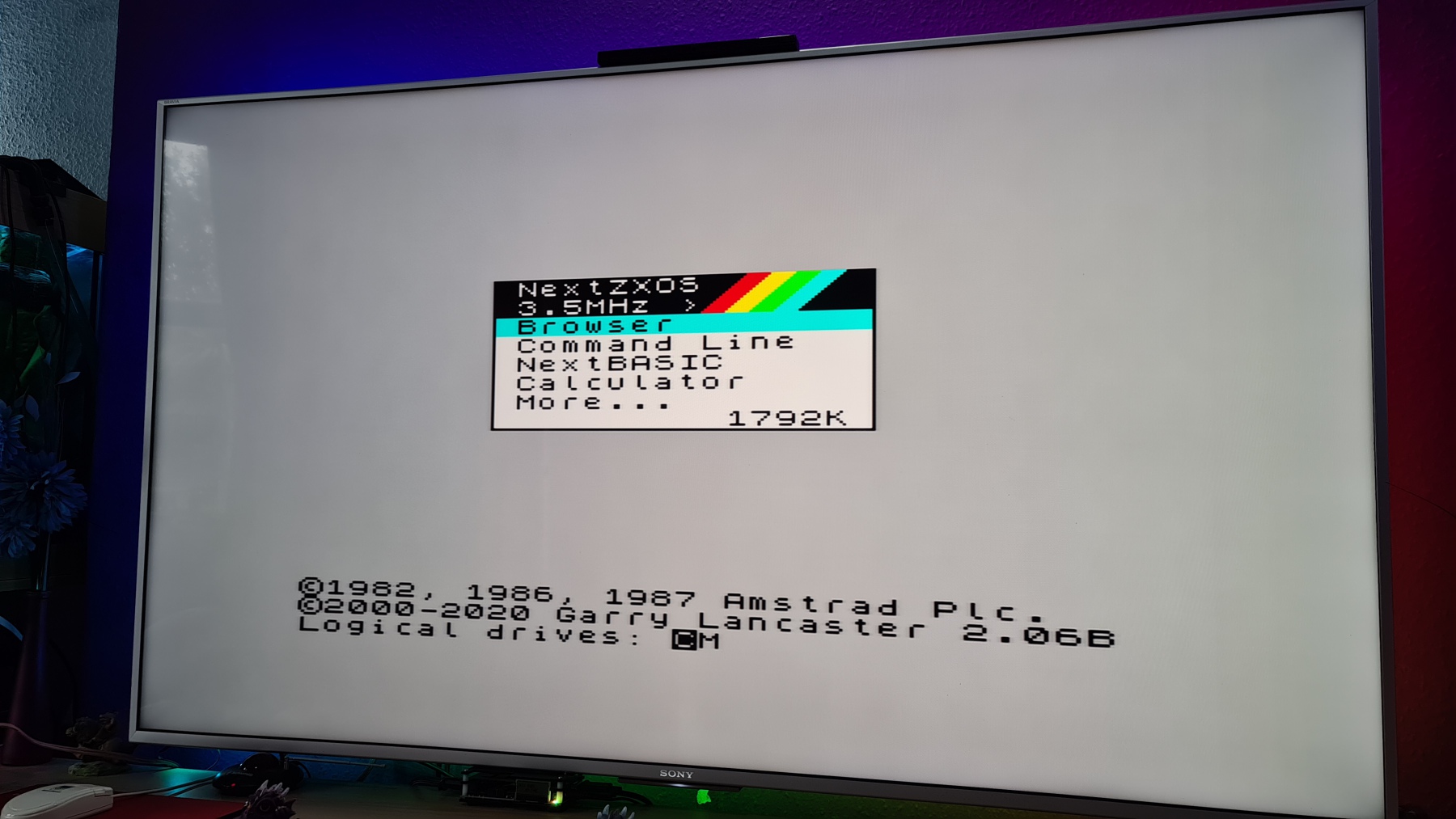